My mom’s a pretty lucky person. She seems to win every raffle… Ever. But that’s probably because she participates in a LOT of raffles. Anyhow, she won tickets to this.. Themed circus performance. With horror and such.
They advertised for it with really cheesy posters (with red bloody letters, you know the font) and I didn’t have insanely high hopes for it, but I do love a good circus performance, so I decided to go. It was A BLAST. All the performers were incredibly skilled and the costumes were VERY cute. Not so much horror and way more.. Hell-themed? I guess I expected more than one dude to be bleeding onstage.
There was also one guy whose whole act was just… Being horny? Like a Beetlejuice that walks through the crowd and asks couples uncomfortable questions. On the way out I got to very briefly chat with one of the performers, he was very sweet. And very sweaty. Must’ve been some great make-up. 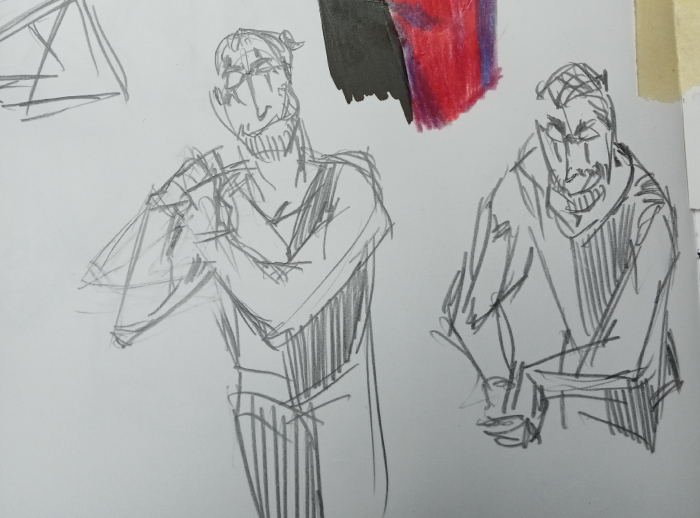 I think I'm being haunted by hippos. HEAR ME OUT. Because hippos and I go way back. I get nervous around hippos (or the concept of them) the same way that I get nervous around horses: I just think they're too GOOD at things. Sure, horse, you're a flight animal, but who said you need to be able to break bones with one kick to do that successfully. SURE, hippopotamus, you're an omnivore, but don't you think… 900 kilograms of bite force is a bit much? Hahhh?
Anyways, I'm not about to suggest changing a working recipe.
To make a long story short, I read Sarah Gailey’s River of Teeth (still working myself through the rest of American Hippo) and it… DID something to me.
Because it was just so ridiculous that it was cool again. I mean, hippo cowboys? What a treat. If you want a book that’s a movie in its heart, this is one of them. And because it felt like a visual thing without being one, I started to pretend like it was… A little bit too much. 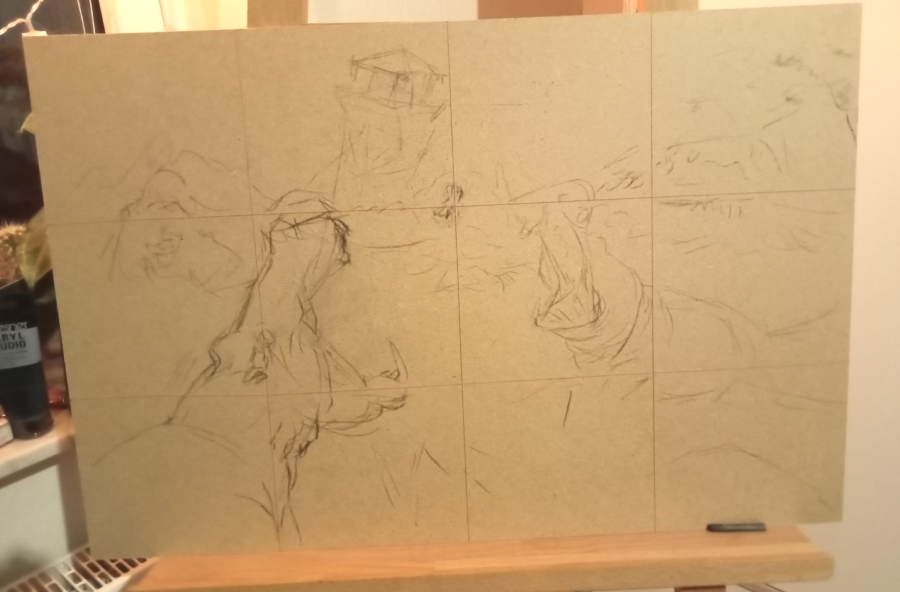 Woah, how did that get here. 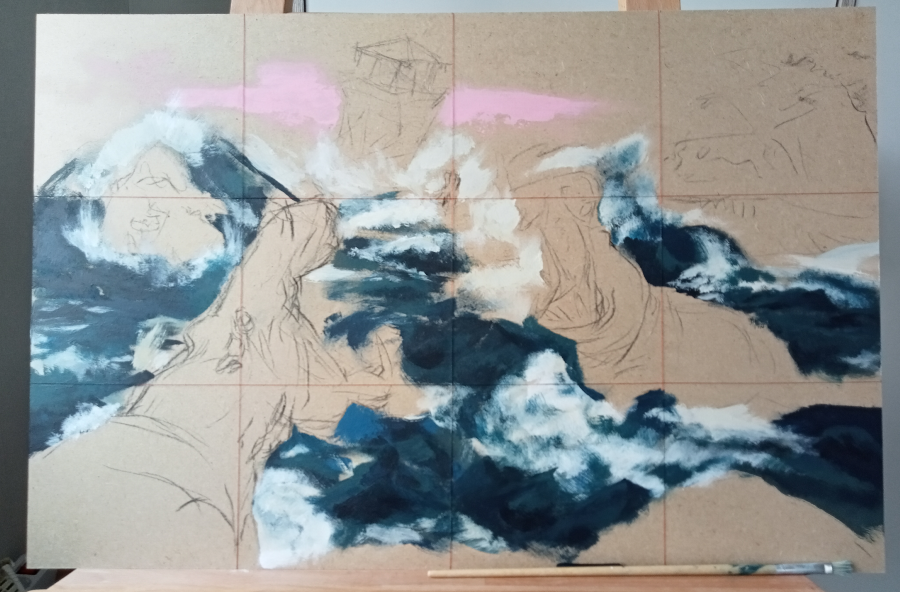 ..Yeah. I've never painted much in my own free time (aka. out of class), but I'm hoping to maybe change that in the future, because I'm having a great time.. Although, I am convinced that every single element of a painting has an ugly stage. But that’s how you know it's workinggg. I think. 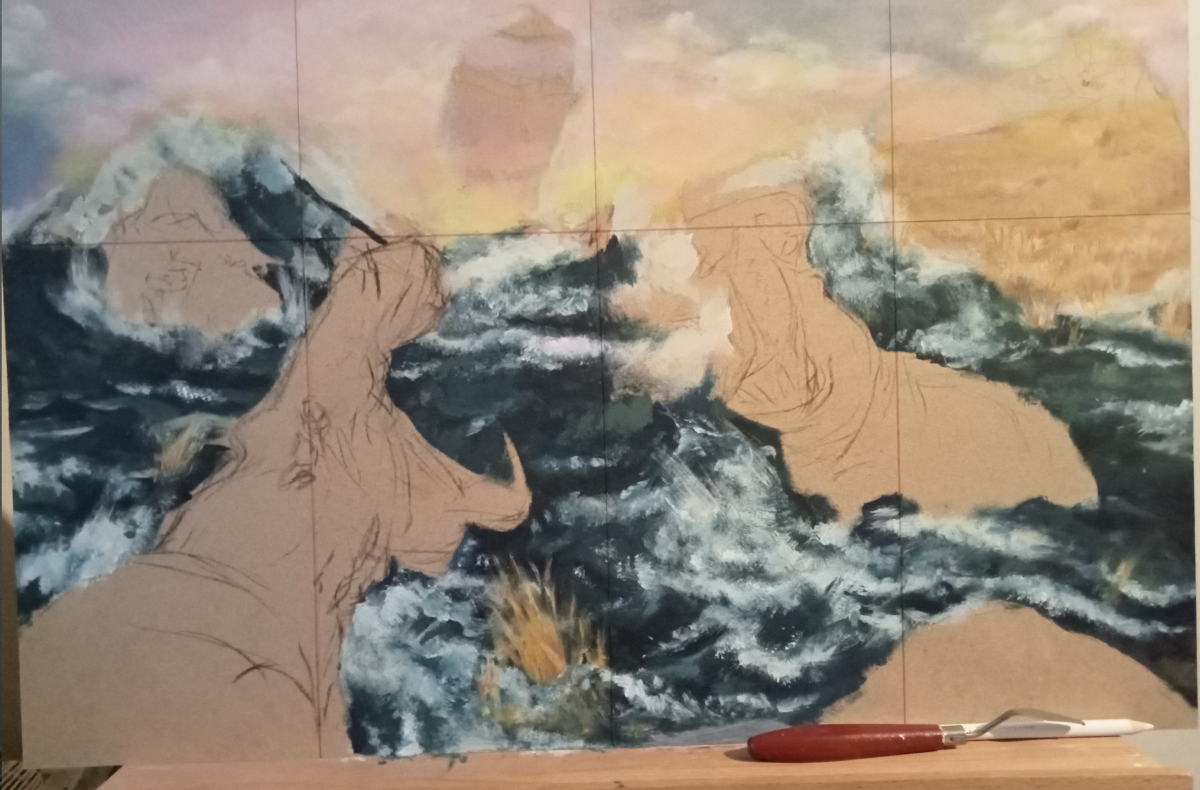 Here's how far I am as of today. I've been working on it for two days now, and I'm excited to keep working on it.

I’ve always liked to draw. And when I didn’t, I liked watching other people who did. And then I wanted to draw again myself. That’s the cycle I’ve been """trapped""" in for a couple years now. The internet is great for finding new people to look at that make me go “Woah. I should try something like that, too.”, but it’s also a scary place to navigate. I mean, I don’t know about you. This is just my blog, after all.


I think little me would’ve been pretty stoked to find out that I actually figured out how to look for things more precisely instead of trying out the same phrase on Google and wondering why the results are still not what I want. GOOGLE.
The greatest discovery I’ve made so far (aside from the teacher’s copy to certain school books, ahem) are webcomics. I. LOVE. WEBCOMICS. I love how everyone can make one, and how no comic ends up fermenting on someone’s hard drive because a publisher said that it won’t make it “out there”.


Comics are so fun. And so powerful. I love working on comics, too! But I mostly work on them with my artist friends. One of us comes up with a cool scenario and BOOM. A comic strip in some random Google Doc. Because it’s FUN. 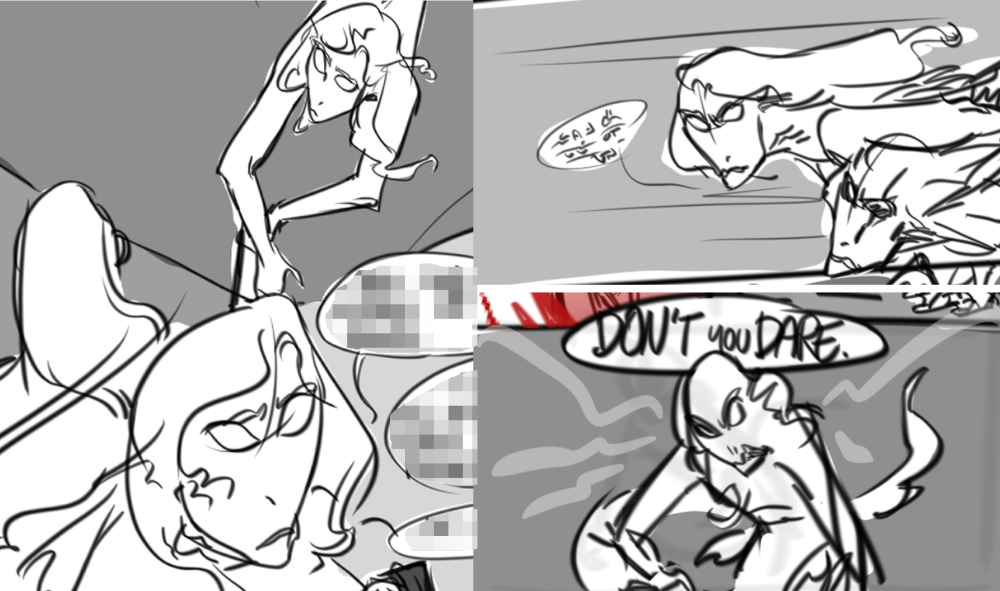